Few planes have people more excited this year than the launch of the Virgin Atlantic Airbus A350-1000. With an all new business class, reimagined premium and high tech economy cabin, there’s something for everyone to enjoy. Thanks to the improved cabin environment offered by the A350 compared to older planes, that’s quite literally a true statement. It’s quieter, fresher and nicer on board.

Per our friends at Australian Business Traveller, Virgin Atlantic has now confirmed the launch schedule for this exciting new aircraft, so here’s everything you need to know… 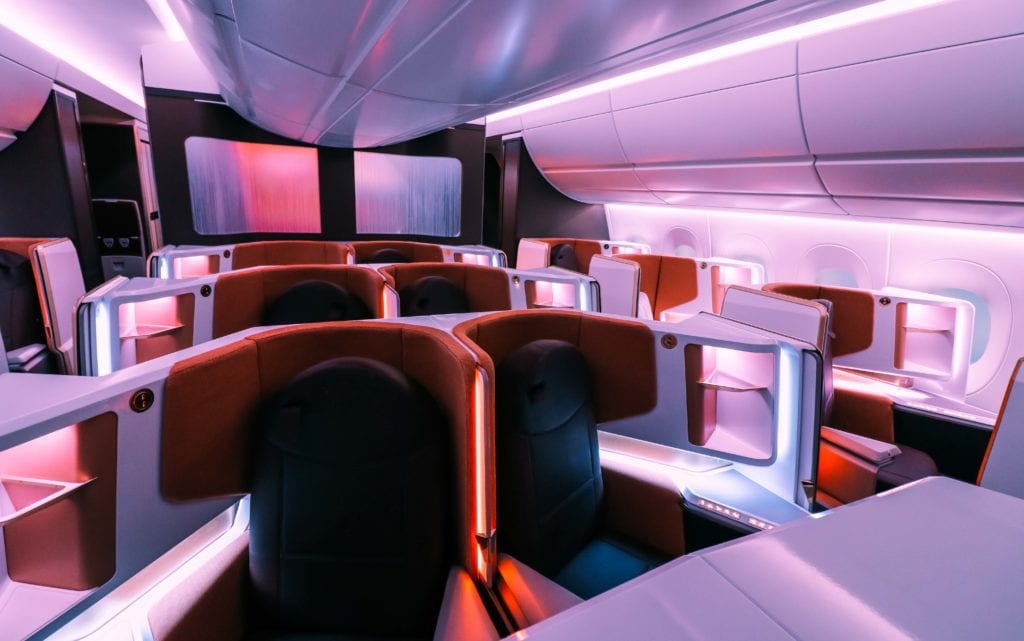 Virgin Atlantic A350 To New York JFK In September

Virgin Atlantic’s A350-1000 is scheduled to debut to New York on September 10th, 2019 into New York JFK International Airport with flight 153. The Virgin A350 will then return to London with flight 138 that same day. Per AusBT, the flight will operate 6 times a week, and the Virgin Atlantic A350 will then switch over to cover flights VS137, and VS138 daily from September 25th.

There are even some dates where flights are available using points ; ) The Competition Is On For New York City

Intriguingly, British Airways chose to name Dubai and Toronto as initial launch routes for its own Airbus A350-1000 which is due to arrive in London this next month for short haul crew training flights. With the introduction of a brand new, state of the art aircraft offering easily the best business class experience between the two cities, this is a serious step up for Virgin Atlantic. Throw in the most jet lag reducing plane in the sky, and Virgin has created quite a compelling proposal here. This week, Virgin Atlantic announced the launch of a bespoke coffee in the sky from their partner Change Please. Change Please is a unique roastery which helps to employ and enable the homeless. Virgin and Change Please worked for months to create a blend of coffee which performs well at altitude, where taste buds are naturally different. In addition, Virgin Atlantic is planning pre-order pyjamas for business class, as well as other unique customizations. And let’s not forget the silent discos either.