Anytime return business class from the UK is under £1300 it’s worth shouting about. Though frequent blog readers and travelers become jaded by great deals, most of the general public assumes business class is far more, and in summer booking business class can actually be a far better deal than economy. Sometimes, even cheaper too. With kids out of school and everyone planning a getaway, summer economy prices can break the bank without even a checked bag allowance, so it’s worth taking a peek at these rock solid deals to New York… Is it possible for summer economy prices to break the £1000 mark? You bet. Summer is when airlines make the most money off of their economy cabins, as full flights and extreme demand bring prices to new heights. At the same time, business travelers avoid peak summer travel like the plague, which leaves the pointy end practically empty. Comfort aside, business class carries a few advantages, which can be huge for anyone, but especially traveling families, like…

In peak summer months including July and August, KLM, Delta and British Airways have excellent deals from Inverness. At the same time, TAP Portugal have exciting deals from London for roughly £25 more. The TAP deals even include a free stopover in Lisbon, Portugal on the way or on the way back from New York, if you like. Basically: from London or Inverness you can enjoy flat beds across the Atlantic this summer for around £1225 round trip. If you feel like jaunting to Paris Orly, you can save about £150, but those deals require a 12 day minimum stay in NYC. 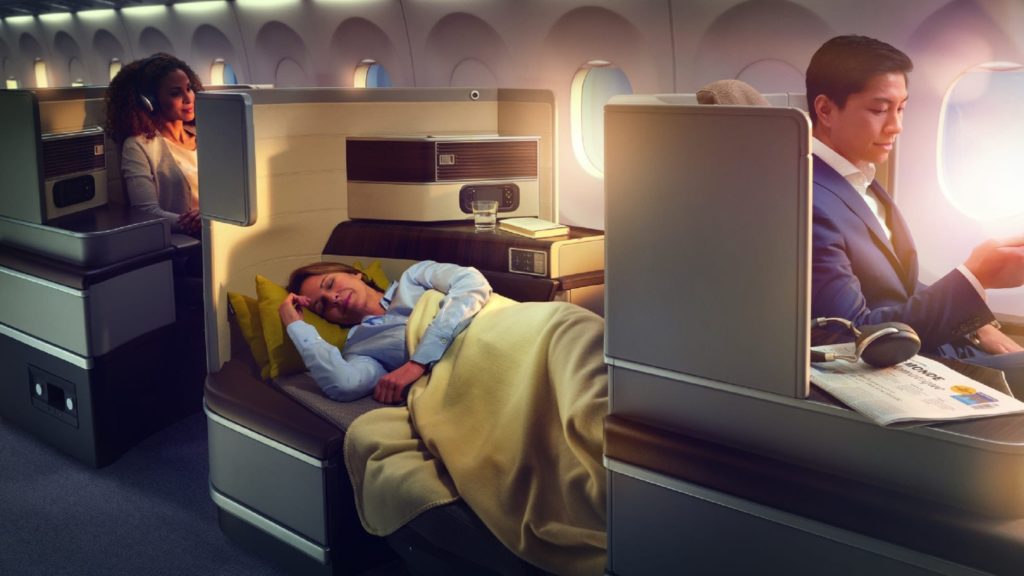 The Dates You Can Travel To New York

The Delta/KLM or British Airways Inverness business class deals are available for Monday, Tuesday or Wednesday departures in July or August and require a 7 day stay. It’s New York, that’s easy. The TAP Portugal deals are actually available in June, July or August on any day of the week, with no minimum stay. That’s extremely tempting.

How To Book These Summer Business Class Deals

These deals are really easy to book. Here’s a link which takes you directly to the Inverness deals, and here’s one for the London deals. The idea of turning a trip to New York into a quick 24-72 hour side trip in Portugal is pretty tempting, especially at £1280 round trip. Enjoy New York. Here’s what not to do, and what to do in the city of bright lights.