Touchless Tech: The Only Way For Airlines To Fly…

The world is largely divided in two camps right now: those who think the world will experience a so called “new normal” when travel returns, and those that think we’ll wash it all away like a cold beer on a hot summers day. Even if there’s a mix of both, eliminating “touch points” is going to win people over, and for airlines, it may be the only way to get weary customers back in the skies. 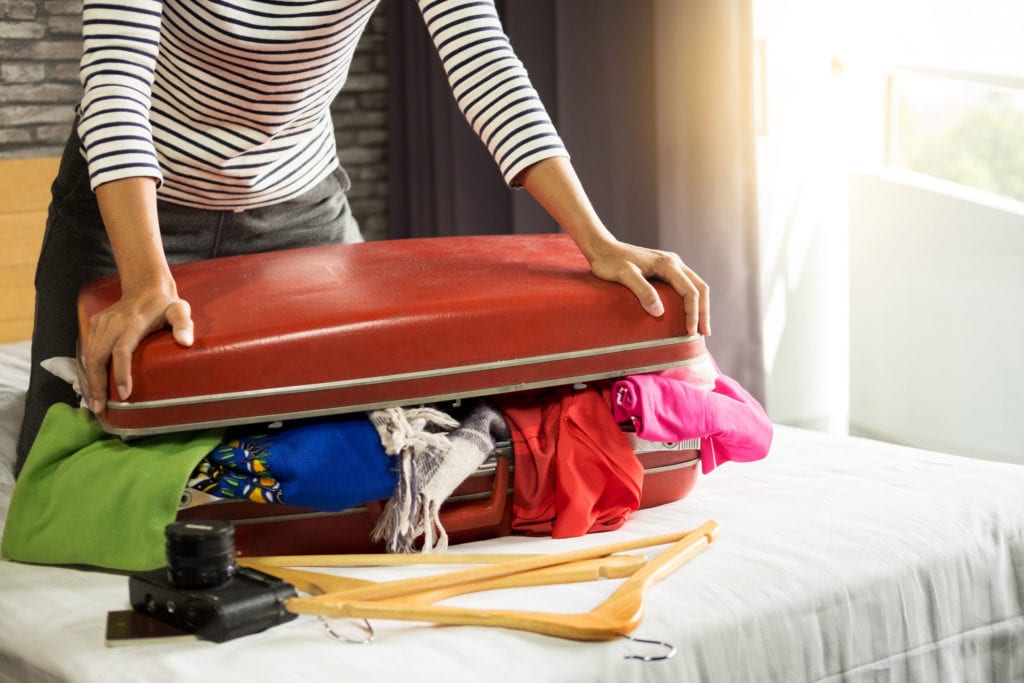 Care to guess how many times you touch something, from the time you arrive curbside at the airport until the moment you collect your things at baggage claim? From check in kiosks to security; and of course, meals, in flight entertainment, lavatory doors and everything else – it’s a lot.

What’s important is that technology already exists where it doesn’t have to be that way.

Your phone most likely doesn’t even have a headphone jack anymore, and you can beam YouTube from your phone directly to the television in your living room in mere seconds. Why should it be any different in the sky?

Touch Points On The Chop

Boarding passes? Those are so 1990 Home Alone. Boarding passes can, and should be available on mobile devices, without the need to speak to anyone to obtain one, let alone have one handed over. Could an incentive for customers to use mobile boarding passes eliminate environmental and health concerns all at once? Absolutely.

Initial trials for digital bag tags have proven a “mixed bag”, but the right solution at the right price – aka free – could make a positive impact on eliminating queues or having other people handle your stuff.

You could simply pair the tag with your mobile phone, and port in the new details, which would allow the airline to digitally manage the bag, and give you a way to keep track of its progress en route. Boarding a plane is rarely fun either. Though incentives, such as mobile booking discounts, or one time coupons may need to be deployed, getting the vast majority of passengers onto an app based platform could be the key to boarding queues, which put passengers in closer proximity to each other than they may like.

Delta is experimenting with zone based push notifications, letting you know when it’s precisely your turn, saying “sit down until it’s your turn”, without saying it. This, and other tweaks to when customers board could make a difference in a world of social distancing.

But of course, it’s all a bit mute when you end up inches next to someone, rubbing elbows on a plane, but even then there’s much that can be done. Long before covid-19 scared the living daylights out of people, viruses, bacteria and everything else that makes you shiver, thrived on airplanes.

Infectious disease experts have always advocated to touch as few things as possible, as few times as possible, so what if you didn’t really need to touch anything at all? Airplane wifi is finally reaching the speeds required for everyone to stream Netflix and other streaming services, and if provided for free, it’s fair to assume many would love to.

Seatback entertainment systems keep getting bigger, so using bluetooth and NFC to allow easy pairing between your personal device and the screen is easy enough, and would make for a more enjoyable viewing experience. But then there’s audio, and those horrible, plastic (waste) wrapped headphones, which you need to plug in, inevitably into a corner of the seat which rarely gets washed. Most of the best headphones don’t have plugs, your phone probably doesn’t have a jack, so now is the time to deliver bluetooth to planes.

I recently discovered a mini hack to make it happen in the meantime, but a built in system would be so much nicer. Could an airline deliver this amazing technology to the skies hassle free? One can only hope, but if they did, it would be one less thing to fidget with.

Some airlines already have solutions in place where even if you can’t stream content from your phone, you can pair it with the screen to act as a wireless remote control. There’s real merit here. Touching a screen just a couple times to set up pairing is very different than constant taps, and that’s putting the added comfort aside. More of this, please.

A key factor many passengers and armchair airline CEO’s fail to consider is that many purchasing decisions for airlines take years to actualize. Those seats you saw installed this year were designed  years ago, before the technology you’d like today, likely existed.

And in technology – years might as well be lightyears. This is precisely why an amazing tech solution hasn’t already been put in place in the airline space, yet. But that was then, and this is now.

Bluetooth, NFC and faster internet are unlikely to disappear anytime soon, and for the first time ever, solutions which could work for airlines do exist and could be installed, either onto current seats or in future setups.

If these solutions eliminate 100 of 200 touch points, potentially reducing the chance of catching anything from a cold, to norovirus or anytihng else – by half – it’s going to help bring travelers the confidence they desperately need to believe in air travel once again. Plus, global pandemics aside, it’s just a better and more enjoyable passenger experience. Who wouldn’t want that?