Successfully transiting an airport is all about channeling your inner Jason Bourne, knowing every way in and out – and exactly how long it will take. At JFK, with 8 terminals and one of the widest array of options to get around, get into NYC and beyond it’s hard to know where to start.

We’ve got a cheat sheet for transiting JFK International Airport that’ll save you loads of time, and make sure there are no crucial mistakes in the process.  Here’s everything you need to know about arriving, departing and transiting in the Big Apple’s biggest airport… Getting Between JFK And New York City…

There are quite a few viable options for arriving or departing JFK with lots of different price points and timings. You can take, yellow cab (flat rate), Uber, the subway, pre booked busses, and finally our favorite way – the AirTrain.

Yellow cab- You can hail a yellow cab from anywhere in New York City for $52 plus tolls (and don’t forget a tip is expected as well). This is not the cheapest option, and during peak traffic time (7-10AM or 4-7PM) is not advisable, but it gives people a very “New York” feeling.

Uber- Uber is readily available almost anywhere in NY and rates can be extremely competitive versus yellow cab rates. Nonetheless, rides during peak traffic time (7-10AM or 4-7PM) is not always advisable. This is an option we use when trains aren’t running frequently, for convenience.

Subway- For $7 bucks, it’s a solid option, provided you’re somewhere near the A or E subway trains. The ride will take roughly an hour – hour and fifteen minutes depending on which way you go. You can take an E train to Sutphin Boulevard, where you’ll connect to AirTrain and pay an additional $5 OR you can take a Far Rockaway bound A train to Howard Beach.

Blade Helicopter – Blade is offering a crazy $120 limited time promo where you can take a helicopter from the city to the airport, or vice versa. For the money, it could be cheaper than an Uber if you’re traveling solo. Either way, it’s cool novelty. Here’s everything you need to know…

Train/AirTrain- $12 to get to the airport with precise timing is tough to beat. You can take any Long Island Rail Road train from Penn Station to Jamaica Station, which is generally one stop for $5-$7. Follow signs to AirTrain, where you’ll pay $5 for the 12 minute ride to the airport. The AirTrain stops at each terminal. Total travel time 30-45 mins. Highly recommend.

Bus Service- The Airporter Shuttle and other services can be a best of both worlds option for those afraid of taking train/subway and those that don’t want to shell out for a fully private ride. Round trips can be $34 per person, from a variety of NYC or JFK pick up points. Do the math to value one of these rides versus an Uber, taxi and compare convenience. 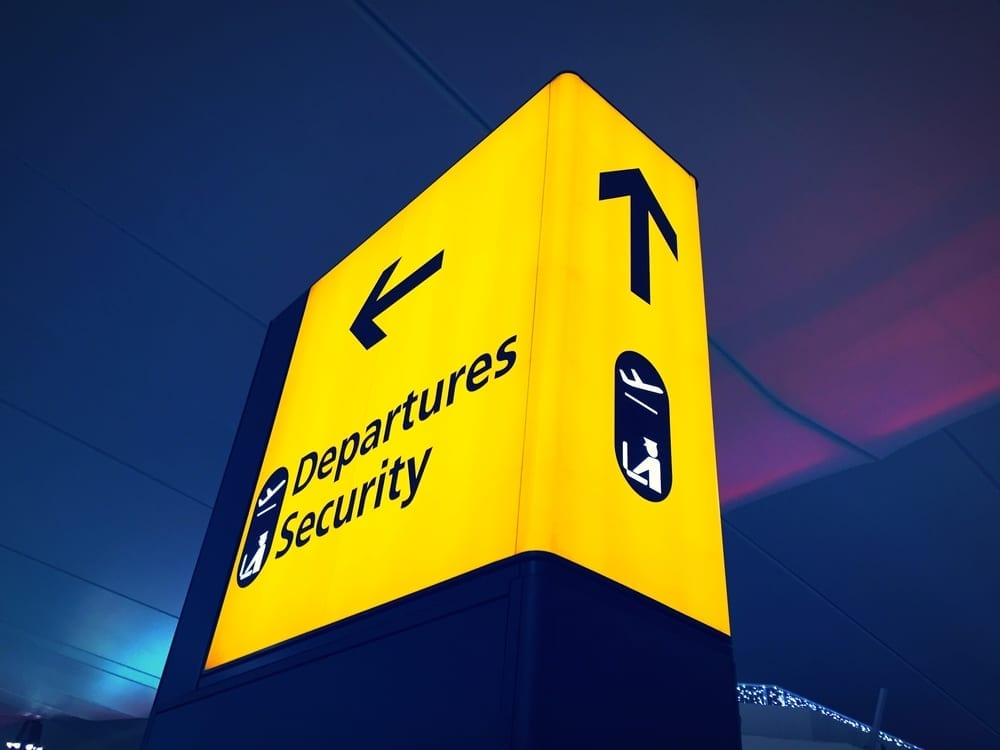 No two terminals are connected. Therefore, unlike an airport like Los Angeles- you’ll really need to take this into account when planning transit travel. To get from any terminal to the next, you’ll be required to take the AirTrain and then re clear security and or clear immigration. The AirTrain, which stops at each terminal is totally free for intra terminal transfers and runs every 10 minutes, taking roughly 10 minutes to go around all 8 terminals.

Same Terminal Domestic Connections-  These should be fairly straightforward and we have no guidance other than obeying the suggested minimum 60 minute connection time. Our only addition-  try to make sure you are on one reservation for your connection (not two separately booked tickets) since some airlines won’t accommodate you if you miss your onward connection, if booked separately.

International Transit Passenger- There’s no such thing. Well, err, rather- JFK does not do international transfer passengers. Instead, you’ll have to arrive, clear immigration, collect your bags, check in with the next airline, re clear security and then head back to the departure/gate area. This can take quite a lot of time, so be sure to save lots of time, especially if you’re booked on two separate reservations. We recommend a minimum of 2.5 hours, at the very least.

Different Terminal Connections- This is straightforward, but time consuming. You will need to leave the gate area, follow signs to the AirTrain (free) and take it to the next terminal. The AirTrain should take 10-15 mins once you arrive at it’s steps, just outside the main terminal area.  Once at your connecting terminal- you’ll need to check in and clear security, which can easily add an hour to any plans. Plan accordingly. This is common for American Airlines Terminal 8 to British Airways Terminal 7 connections.

Any other tips you need?