American Airlines has some quirky routing rules restrictions when you book award tickets with miles. However, one of the weirdest rules has been that you can only connect in Doha when connecting in the Middle East. This meant you couldn’t connect on Etihad Airways out of Abu Dhabi or Royal Jordanian out of Amman.

However, as JonNYC reported yesterday, American has removed this restriction which opens up a bunch of opportunities for those with American miles. Now, don’t get me wrong, American Airlines still has plenty of quirky routing rules but it’s great to see this change.

Make sure you check out our guide to redeeming American miles for a complete rundown on the routing rules, how to book and more.

Let’s take a look at what these changes mean for you. 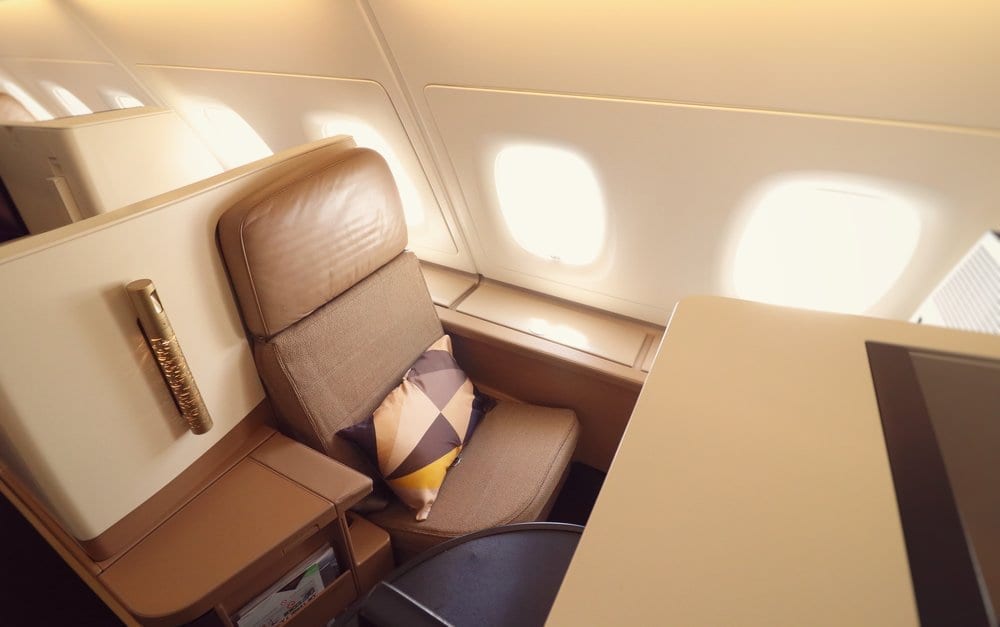 There are a bunch of origin/destination pairs that previously allowed you to transit Doha on the way to your destination. Now, you should be able to transit Abu Dhabi or Amman when traveling between the following regions:

*The origin and destination can be swapped.

Now, you still need to call to book American’s call center in Australia or New Zealand to book business and first class award tickets on Etihad — seriously, read our guide to booking with American miles — but you’ll save a ton of miles.

What About Royal Jordanian? Now, if you want to book a flight on Royal Jordanian to Asia or Africa, you can easily take care of that with a search on American’s site. As you can see in the example above, a simple search from New York to Tunis provided a one-way business class option for 75,000 American miles. Previously, this would have required two separate awards with a total cost of 125,000 American AAdvantage miles.

It can’t all be positive news, I guess. You can no longer book an award ticket from the US to India with connections in both Europe and the Middle East. While this is disappointing, you can now connect on either Etihad or Qatar Airways so, hopefully, that will make up for this change.

When you consider the fact that award space on Qatar Airways has been quite sparse recently, this is a welcome development. While the restriction was a bit silly in the first place, we’re glad to see American make it easier for customers to use their miles for some aspirational travel. Personally, I think it would be a ton of fun to book the Etihad first class from Sydney to Paris or London for 115,000 American miles as part of an around the world adventure.

Hopefully, you’ll be able to use these changes to your advantage soon!