June 28, 2019DealsThe LatestUK/Euro Deals
Let’s cut to the chase. Some links on this site pay us referral fees for sending business and sales. We value your time and money and won't waste it. For our complete advertising policy, click here. The content on this page is not provided by any companies mentioned, and has not been reviewed, approved or otherwise endorsed by these entities. Opinions expressed here are the author's alone.

We’ll let you in on a little secret: it’s really hard to adjust to business class on other airlines after flying Qatar Airways. Perhaps its the choice of a cold or hot towel, the dine whenever you want concept or the top shelf seats (and drinks too ; ) but it’s just an amazing way to fly, and always worth a layover.

The airline which just unseated Singapore as the world’s best, according to Skytrax has just dropped the price on flights to one of the most sought after destination from Europe: Cape Town. If a little fun in the vibrant South African sun is in order, this is an awesome way to get there… Qatar is running some hot £1300 fares to Cape Town right now, with the lowest deals specifically from Oslo. If Johannesburg is more your style, there are also fantastic deals there as well, hovering around the £1400 mark, from Belgrade or Sofia.

In case you live somewhere deep, deep under a rock – Cape Town is one of the best cities on earth for food, adventure and just gorgeous places to watch the sun go down. It’s safer than you may think and no bucket list is complete without it. And yes, the wine is better than anyone can tell you. 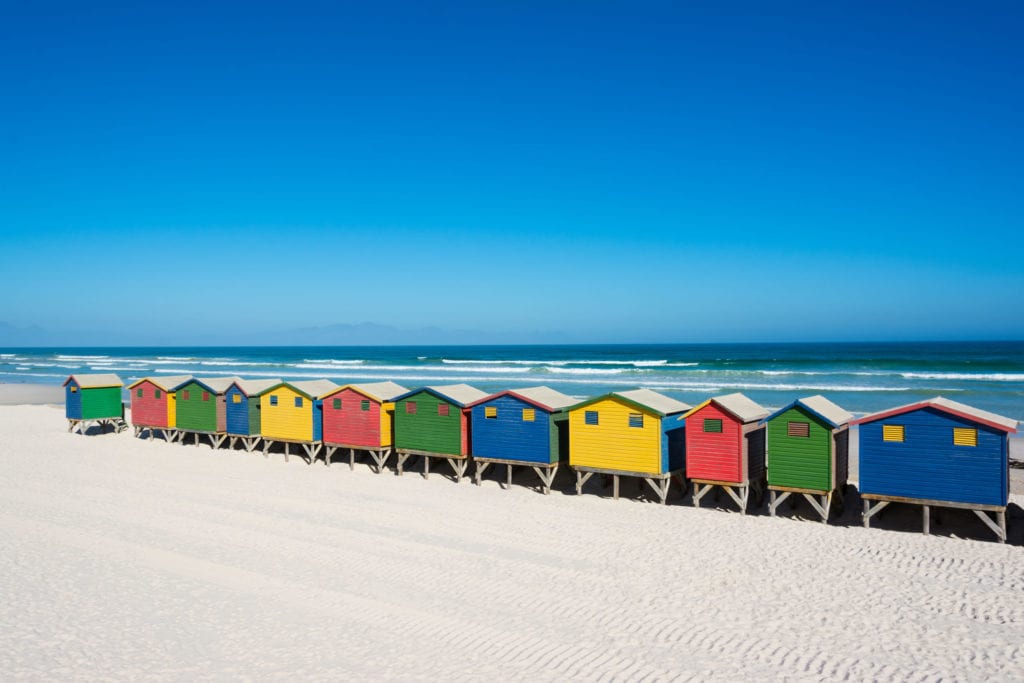 For the Oslo to Cape Town deals, you can travel in August, September at the lowest rates, then prices jump £100 for late November and early December of  2019. The same deals are available on select dates in January and February of 2020 as well, at the £1400 level – but then prices go down again in March to the £1300 price point. For example, 17-26th of March works brilliantly.

You’ll do best to depart on a Tuesday or Thursday. To get the best price you’ll need to stay at least three nights, but that still leaves a perfect long weekend trip as an option.

For the Belgrade or Sofia to Johannesburg deals, these prices kick in from September 26th 2019 thru June 2020. You can take off virtually any day at these rates.

Do note: some of the flights from Europe to Doha out of these two cities may feature old school seats flat seats, while all the long hauls from Doha to South Africa will be on the A350 with one of the best current business class seats. Will You Get QSuites?

Qatar is rapidly rolling out the retrofit of many A350’s, while also ramping up new deliveries. If you have an Airbus A350 in your itinerary, there’s a very fair chance that you will indeed have a Qsuite, but it’s very hard to guarantee, due to the way Qatar changes planes, up until the last minute. To give yourself an idea, you can use ExpertFlyer’s free seat map tool. If you see a seat map that looks like this below, you should be in luck. Even if you don’t, that could still change. Here’s a review of the Qatar A350 with Qsuites, and a review with the alternative flat bed seats you might end up on. Basically, you’ll be thrilled either way – but the Qsuite is just so cool, particularly thanks to the privacy door. No one likes sleeping sideways with their butt on display for the aisle! These deals are best booked directly with Qatar Airways or Skyscanner. The airline offers both a 7 and 15 day calendar so that you can browse prices on either side of your first search, to make sure you get the lowest fare. It even has a banner signifying the lowest priced date each week, which can be handy. Here’s a link to search on Qatar Airways. And here’s a link to the best fares on Skyscanner for Oslo to Cape Town, and also for Belgrade to Johannesburg.