10 Euro Trips You Must Take Before You Die

Your excuses not to travel are getting more limited by the day. It’s never been easier to earn the miles, points or referral credit needed to travel for next to nothing, and with so much of the world to see, you’d best get started. Before you focus on seeing the remote parts of the world, give these swoon worthy Euro trips a whirl. One could be forgiven for opting for the Amalfi Coast instead, and some might even suggest it. Either way, one of these is a must, and if you have the time, both would go down all too well. The Cinque Terre is an improbable group of five fishing villages set against the most rugged terrain imaginable, and for those reasons each is stunning in its own right.

Come for the Ligurian specialties like fresh pesto, catch of the day and deeply profound hillside grown wines and stay for the wave pools crashing along the rocks, the idyllic boat rides along the coast and the fabulous hiking from place to place. Just under 2 hours from Pisa, it’s easy. There is no “one” destination you must hit in the Swiss Alps, but hit them you must. Be it Zermatt, Interlaken, Lucerne, Montreux or Saint Moritz, you just can’t go wrong when you look out the window and see snowcapped mountains out of a fantasy. Hike in the summer, ski in the winter and enjoy fondue all night long, paired with mineral driven wines.

Though you wouldn’t guess it from the all-too-agreeable people of Switzerland, what makes this trip a must before you die is the intense drama. From the gondola rides up hair raising hills to looking out of a quaint ski chalet and seeing angles no math teacher could ever prepare you for, the visuals are just unmatched anywhere else. Don’t be afraid. Despite many eyewitness accounts, there’s no evidence to suggest that an actual monster exists in Loch Ness. In the iconic highlands of Scotland however, you will find: whiskey trails, dolphins, the highest peak in the UK, scenery that rivals Iceland and so much more. Plus, they do B&B’s at a masterful level.

Come during those two good weeks of weather during the summer, bring your hiking gear, rent a car and just explore. While the highlands are vast in depth, Scotland as a whole is very manageable, since you’re rarely ever more than 2 hours by car from a major city like Inverness, Glasgow or Edinburgh at any point of your highlands tour. Don’t come home until you’e done the Gairloch Beaches, Fairy Pools or Isle of Skye. 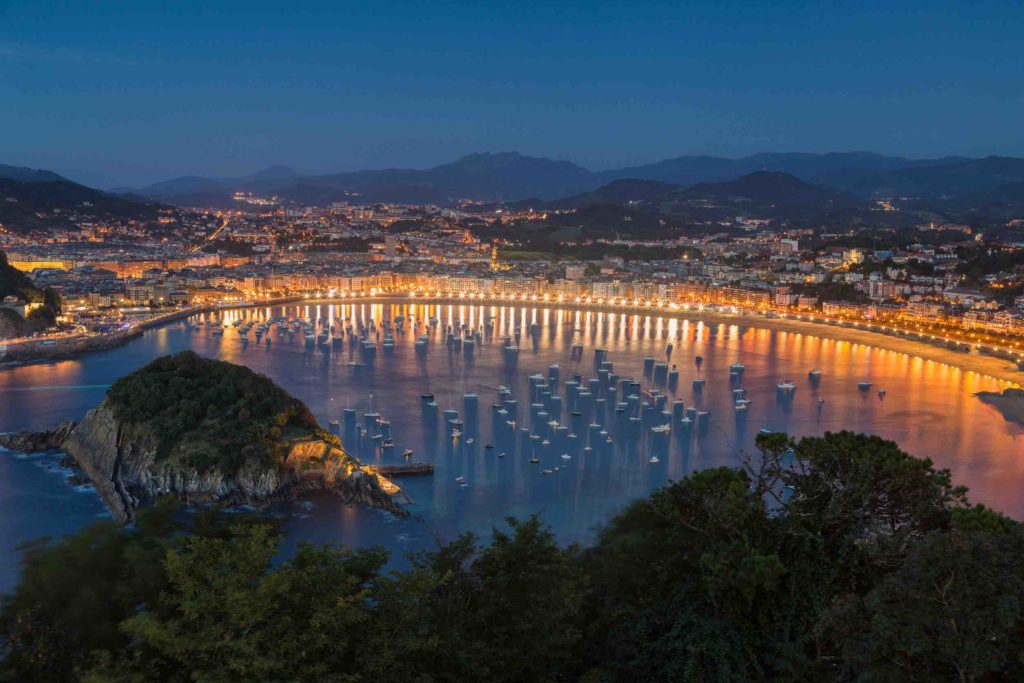 If your favourite dinner party topic includes asking everyone what they’d eat as their last meal, it’s only appropriate to first do some research in a place where you really could die happy with virtually any bite. The Basque country and surrounding areas are home to more Michelin starred restaurants per capita than any other region of the world, and the scenery, towns and vibes match.

Food aside, it’s the riviera lifestyle that makes this such a photogenic spot, and the melting pot of cultures. San Sebastian, a hub for all things delicious is just mere miles across the border from France and so much of the culinary mastery, rocky cliffs and crystal waters feel like St. Tropez. And of course, for any art fans, Bilbao features a Frank Gehry designed Guggenheim Museum… 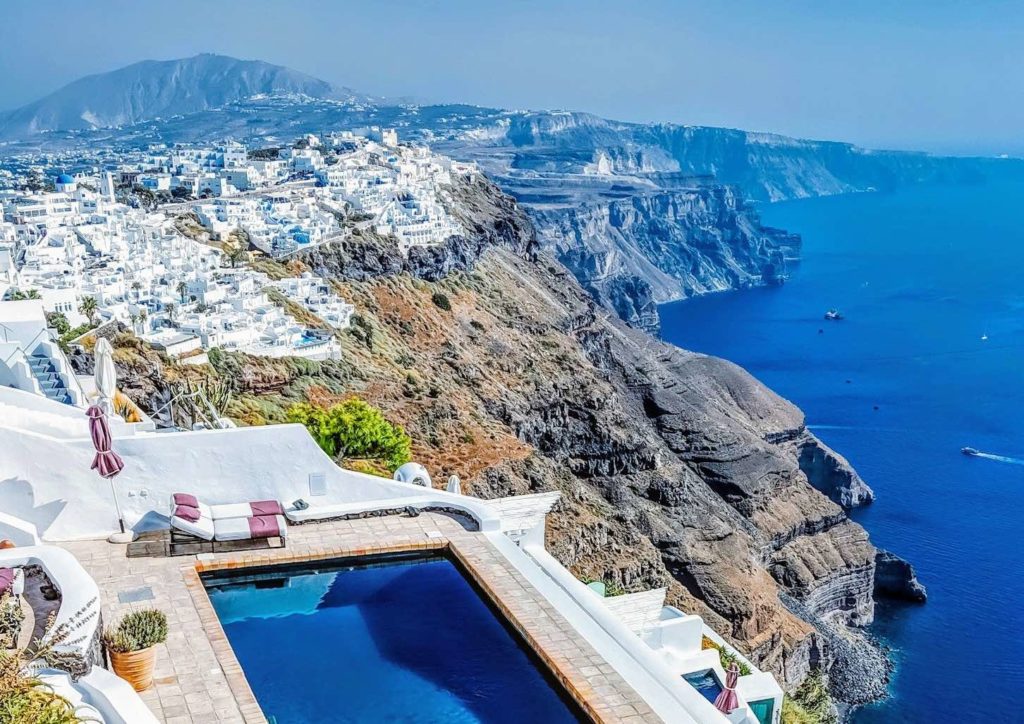 Mamma Mia sold the dream in cinemas, but the beauty of the Greek Islands has never been in question. The only question is when you’ll get there, because you must. No matter how many tourists make their way to Santorini, Mykonos, Rhodes or Athens, what makes Greece a “must” is everything you’ll see in every direction. The bluest blues, the volcano cut islands and the people who have managed to maintain their culture.

Fish really does come directly from the sea into the tavernas, and you’ll never be able to eat a “Greek Salad” at home ever again, after tasting the genuine article. Whether you’re looking to plunge into an infinity pool high above the cliffs or lay low on a secret beach, using the interconnected ferry systems between each island is easy, and of course, so is flying. Don’t just see one island, see a few, and make sure to see them from land, air and sea. The Fjords Of Norway

The best way to describe some places is perplexing. How could such a thin, narrow waterway fit such a large cruise ship, and how could it be surrounded on all sides by mountain tops which rival the best views in the world. That’s the fjords, for you.

Fly into Bergen and branch out. After all, there are at least 1,190 fjords to see, and even if you’re lucky you’ll only catch a small percentage. If you like a little buzzy adventure, it’s tough to beat the zippy catamaran journey to Søgneford or the epic viewpoints after hiking near the fjords of Flåm. 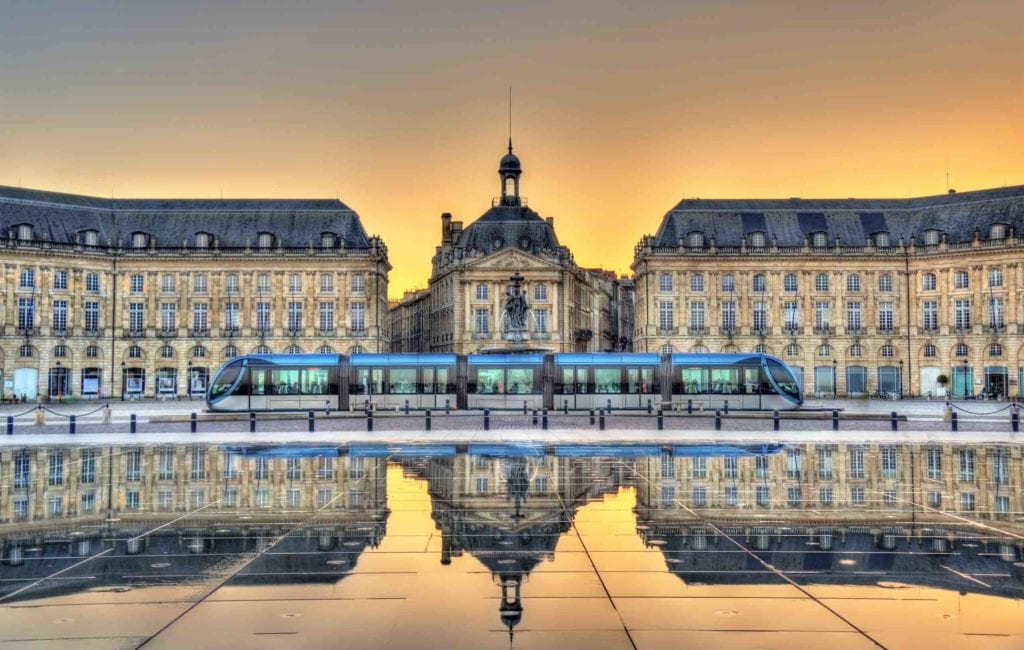 The Bike Rides Of Bordeaux

When wine and exercise are in the same sentence, there’s often folly afoot, but this may be an exception. With rolling hill after rolling hill, and opulent drop after drop, one of the best ways to see Bordeaux – which you totally should do – is to do it by bike. Not only will it burn off a few of the lovely side dishes you’ll be served during the best tastings, it’ll also give you an appreciation for the amazing terroir of the region, which makes its wines so prolific.

After you’ve made your way through Pomerol, Medoc and all the hectars of wonderful wine, the best part of this journey is the culinary delights within arms reach. Of course, you’re in Bordeaux, a classic and beautiful city, but you’re also just a 3.5 hour drive from San Sebastian, which quite literally boasts more Michelin starred restaurants per capita than anywhere else on earth. It’s a foodie and wine snob ultimate dream. The Drive From Vienna To Salzburg

Bringing the “open jaw” into your travel trick sheet is a wise move, because it makes adventures like this one all the more rewarding. It’s where you fly into one place, and out of another. If you’re going to Austria, you just can’t leave with only one city under your belt, and flying into Vienna and out of Salzburg, or vice versa, is one of the most rewarding journeys.

While driving may not sound all that exciting, this drive is a definitive exception, with incredible countryside, mountains and views to die for. Two of the most notable? Hallstatt and Dachstein! These are the towns where you realize that some post cards are actually real places, and not just things of fantasy. If you’re just stopping to take pictures, the drive is just a few hours, but you’re going to want to make this into a two day trip – at the very least.