September 6, 2018The LatestTravel Lifestyle
Let’s cut to the chase. Some links on this site pay us referral fees for sending business and sales. We value your time and money and won't waste it. For our complete advertising policy, click here. The content on this page is not provided by any companies mentioned, and has not been reviewed, approved or otherwise endorsed by these entities. Opinions expressed here are the author's alone.

Oh really, your flight is leaving soon? Back of the line!

Is the airport the most dramatic place on earth, outside of a reality TV filming location? It just might be. Every day, every-single-day, people cry, fight, push, shove, sigh and groan at the never ending myriad of obstacles between them and an uneventful, on time flight departure. Because everyone just wants to get along, and get where they need to go, we’ve created a simple guide to airport etiquette, which will take you from curbside to take off… Whether you’ve arrived by bus, train, car or bike, everyone wants to get inside and get sorted. With that in mind, try not to make the curbside goodbyes linger too long, because there are other people who need the space, to have their own brief moment. If you need more time, pay to park somewhere and take as long as you want. Everyone else is at the airport purely because they enjoy waiting in long lines, preferably in airless spaces, so it’s totally ok to arrogantly mumble things as you skip the orderly line when you’re late for a flight. Just kidding! You’ve already proven that you don’t value punctuality, so don’t expect anyone else at the airport to value yours either.

Check in should be pretty simple. Follow the signs for general check in and bag drop – or priority check in, if and only if you have an airline elite status or ticket which allows you to use priority check in. You can start winning fans early on with one thing: preparation. As you shuffle your way toward the snaking check in lines, get your relevant documents, confirmation emails, ID’s and anything else ready to go. The document fumble at check in is never cute, and always time consuming. Oh, and if you need to make reservation changes – ticketing is your department, not check in. This could unfortunately fill an entire novel, but we’ll try to keep it short. For starters: get your ID and boarding pass ready before they ask for it. Airport fashion is not just about looking good – it’s about practicality. Unless you’re using a TSA PreCheck lane, you: need to take your laptop or iPad out, need to take off your belt, that jacket, the sweater under the jacket, your shoes and all the miscellaneous nonsense you’ve collected in your pockets.

As you approach the imposing looking authority figures, look for open spaces to load your trays of stuff, even if they’re in front of someone else. Get your stuff ready before you get to said tray areas. When you reach the other side, don’t linger. Grab all your stuff and move out of the way, or face the wrath of frequent travelers. And by the way, you’re not allowed to be mad at them for getting to use “fast track” lanes – they suffer this airport ordeal a lot more than you do, and this is their only payback. These are not the lawless spaces you assume them to be. Order is key here, and if you disobey, you may feel a hard shelled carry on hit you in the back of the knee, forcefully. Just like roads, airspaces and train tracks, where things move at different speeds, you must give way. If you’re on a moving walkway and are not walking – fine – but stick to the right. That means your bags too. It’s fine if you want to soak in the natural beauty of an airport terminal, but for those that wish to leave it behind at once, and are using the magic of multi tasking by walking, while riding, you have no right to get in the way and impede their expeditious journey. If you’re lucky enough to travel on a ticket which entitles you to VIP lounge access, or smart enough to carry a credit card which gets you access, the airport can feel all the better. BUT, there are rules to these spaces. No matter how important you think you are, no one wants to listen to your loud phone conversation about how much smarter you are than your evil boss. If that must happen, find a quiet corner, and try not to sound like a blowhard, by softening your boisterous voice. Similarly, even if you’re a famous DJ, no one wants to hear your blaring music. Put headphones on. And finally, don’t be the person that “liberates” a handful of beers from the lounge, it’s embarrassing. A packet of pretzels, maybe, water, sure – but don’t be an amateur. 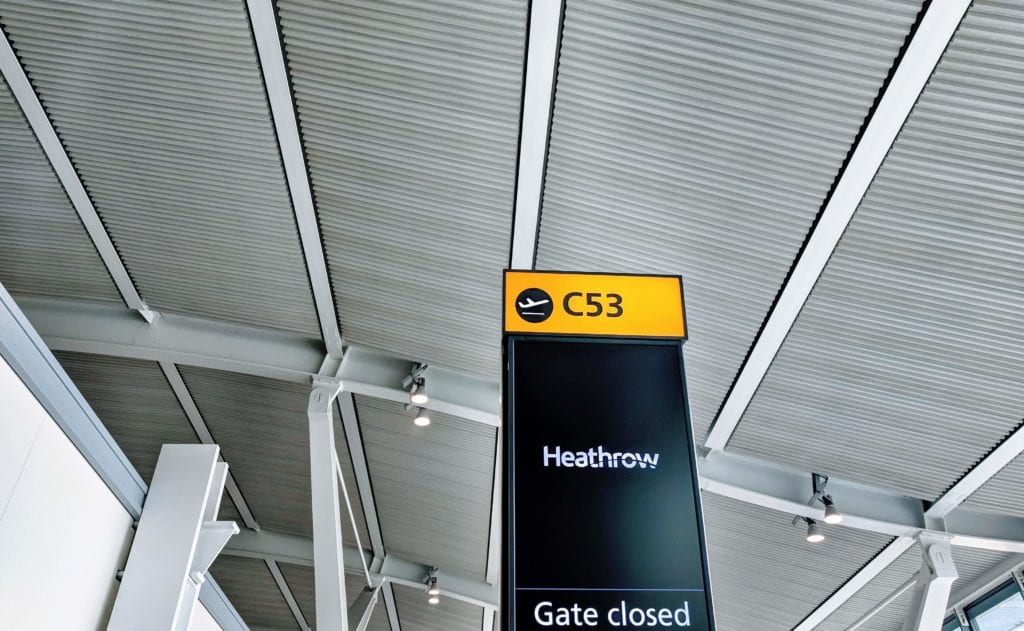 Do you want to be called “lice”? No one does, but unfortunately, if you’re a traveler with Zone 10 boarding, and you’re standing at the front of the queue, right by the boarding gate, as they call for priority or Zone 1 boarding, more travelers than you care to know, will not so affectionately refer to you as “gate lice”. There’s nothing wrong with sitting near the gate, ready to jump into position and be the first amongst your group to board, but airlines have spent far too much time and way too much money creating boarding groups for a reason.

It’s also incredibly rude to assume that anyone standing in line is NOT in your “priority”, super special airline passenger group. If you walk past people waving your boarding pass and shouting “priority”, without first asking someone if they too are “priority” group, you are a massive a-hole and an embarrassment to travelers and humans everywhere.

With these helpful tips, you can now make the airport great – again.