May 7, 2019DealsThe Latest
Let’s cut to the chase. Some links on this site pay us referral fees for sending business and sales. We value your time and money and won't waste it. For our complete advertising policy, click here. The content on this page is not provided by any companies mentioned, and has not been reviewed, approved or otherwise endorsed by these entities. Opinions expressed here are the author's alone.

Hong Kong is the epitome of a bucket list city. It’s home to some of the world’s finest food, most breathtaking city views and is an absolute jewel in the crown of Southeast Asia which is so rewarding to explore. Thanks to a very attractive flash sale, the “getting there” part is easier than ever. There are flight deals from US cities starting at just $369 round trip, and on legit airlines too… The Flight Deals To Hong Kong

Air Canada is gaining traction in the USA with outstanding flight deals. One airline that needs no introduction in Hong Kong is fight back too. Air Canada and partners have fares from the US to Hong Kong from $369 round trip, but Cathay Pacific has answered back, offering direct flights from just $420 round trip. In case you didn’t know, Cathay Pacific is revered for offering one of the best economy cabins.

The standout deals are from: Los Angeles, San Francisco, Vancouver and San Diego.

These deals are mostly for travel in fall and winter of 2019 and into 2020. There’s nothing like ending the year with an awesome trip, or starting the year fresh with one. There’s availability in September, October, November, December, January, February and March. The best deals tend to be for trips of five days or more. 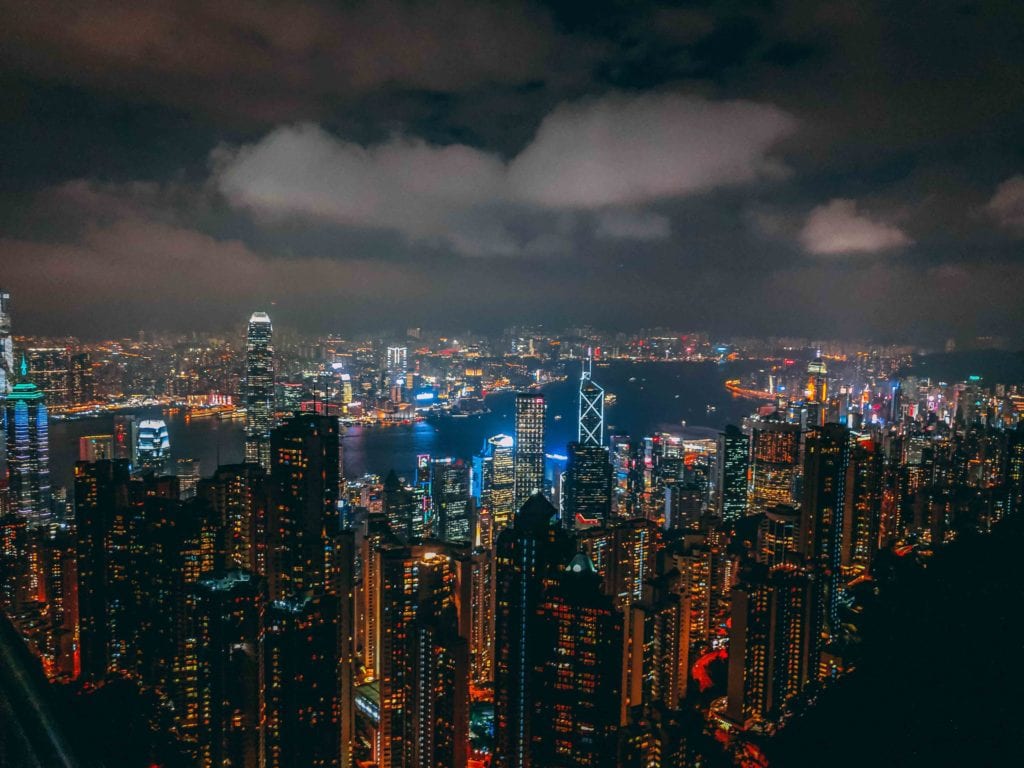 These sort of deals don’t tend to hang around for too long, so if Hong Kong is the dream, get out your calendar and start planning. Here’s links which take you directly to the lowest prices. You can then play around with dates to find something perfect for you, and go from there.

We don’t just leave you hanging with flight info. Here’s everything you need to know to get around Hong Kong, including where to eat, how to get from the airport to your hotel and even a sneaky trick to avoid lines at the famous “Peak”.