May 8, 2019Deals
Let’s cut to the chase. Some links on this site pay us referral fees for sending business and sales. We value your time and money and won't waste it. For our complete advertising policy, click here. The content on this page is not provided by any companies mentioned, and has not been reviewed, approved or otherwise endorsed by these entities. Opinions expressed here are the author's alone.

Krabi is one of those happy places in life. Sandy beaches, kind people and sunsets like few other places on earth. Not to mention, ya know – the whole “Thai food” part.

Unless you’re willing to ride it out in economy, getting to this paradise known as Krabi can be complicated, mostly because deals hardly ever exist. If they do, they’re via at least two or three cities in Europe and the Middle East, with some crazy connection times. Considering you’re probably going to hop on a boat to a remote Thai island to get to your final destination, the fewer flight stops en route the better.

Today, Finnair has a rare treat, which takes you from London to Krabi is one stop on the amazing, jet lag reducing Airbus A350. That’s exciting stuff… 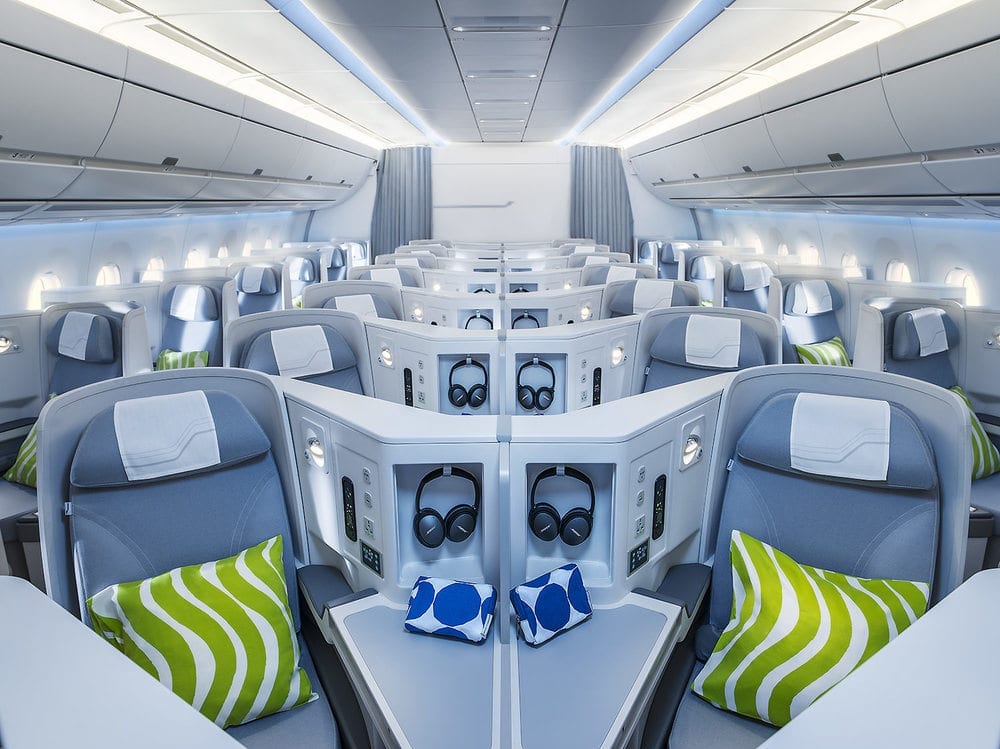 Finnair business class is quirky, nordic and fun and on the A350, it’s definitely on the high end of business class experiences. Here’s a review. The airline has launched an aggressive London sale, which offers flights to Krabi via Helsinki for £1454 all in.

These deals are available almost exclusively for departures on a Tuesday or Wednesday, starting November 26th. There are a few scattered dates at the end of November and beginning of December, but then the deals are wide open in January, with good availability in February, March and April as well. The easiest way to pull up the price is to make trips of one week or two weeks.

Booking is easy, because you have really great taste in blogs. Simply click this link, which takes you directly to the lowest priced deals on Skyscanner. Once there, you can play around with dates to find the perfect trip. While you may find deals slightly lower from time to time out of Europe, for ease and lack of effort, this is about as good of a deal as we ever see.

Of course, there’s always the current £1000 Swiss companion deals out of London to Hong Kong as well, but those don’t include Krabi. Those won’t last long either…