March 1, 2019AvGeekThe Latest
Let’s cut to the chase. Some links on this site pay us referral fees for sending business and sales. We value your time and money and won't waste it. For our complete advertising policy, click here. The content on this page is not provided by any companies mentioned, and has not been reviewed, approved or otherwise endorsed by these entities. Opinions expressed here are the author's alone.

Just a couple months ago, British Airways unveiled plans to celebrate its 100 year centenary. Amongst those plans was the announcement of four planes to be painted in retro liveries honoring the airlines rich past. Crowds were on hand when the “BOAC” liveried Boeing 747 Queen Of The Skies touched down at London Heathrow for the first time, and today the airline has announced the next jumbo in for a paint job, and it’ll be Landor style.

Aviation geeks love the Landor Livery. Perhaps it’s because the years 1984-1997 were formative years for many and early glory days for the Boeing 747-400. British Airways today announced “cleared for Landor”, as G-BNLY, one of the airlines 747’s, went into the paint shop in Dublin, Ireland. The jumbo jet will return in full Landor livery glory renamed as “City Of Swansea” in honor of the first British Airways plane to sport the livery back in the day. No first flight dates have been announced, but British Airways promises the jet will be taking to the skies on a 747 route before the end of the month.

As always, fans and enthusiasts can track the progress of the plane in the coming weeks using app FlightRadar24, by searching for G-BNLY. This will pull up the planes schedule, as well as a special photo of the new livery, once unveiled. 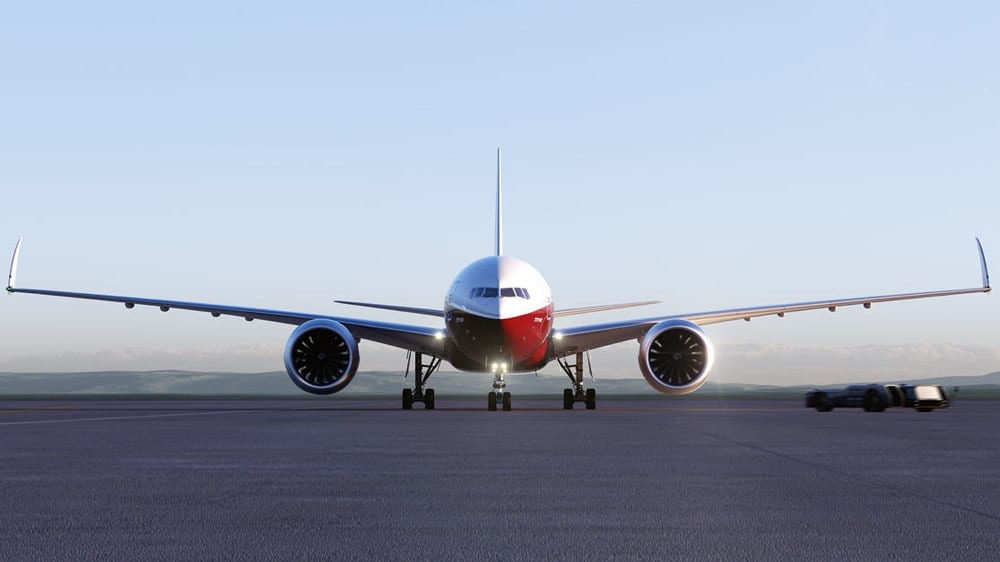 Yesterday IAG announced the firm order of at least 18 Boeing 777-9X aircraft to replace its Boeing 747 fleet. New aircraft will reach British Airways by 2022, ahead of the planned retirement date of 2023 for the 747.

The Boeing 777X is the world’s largest single deck jet, with wings so large they must fold during taxi. In addition, the GE-9X engines are so large, you could fit a Boeing 737 in them. British Airways will continue offering a first class cabin of 8 seats, 65 business class seats, 46 premium economy seats and 206 economy cabins seats for a total of 325 passengers. Read more about the new jet here.